World Cities Day 2016 - Promoting safe and inclusive cities where every child can develop to their full potential, free from fear and from violence 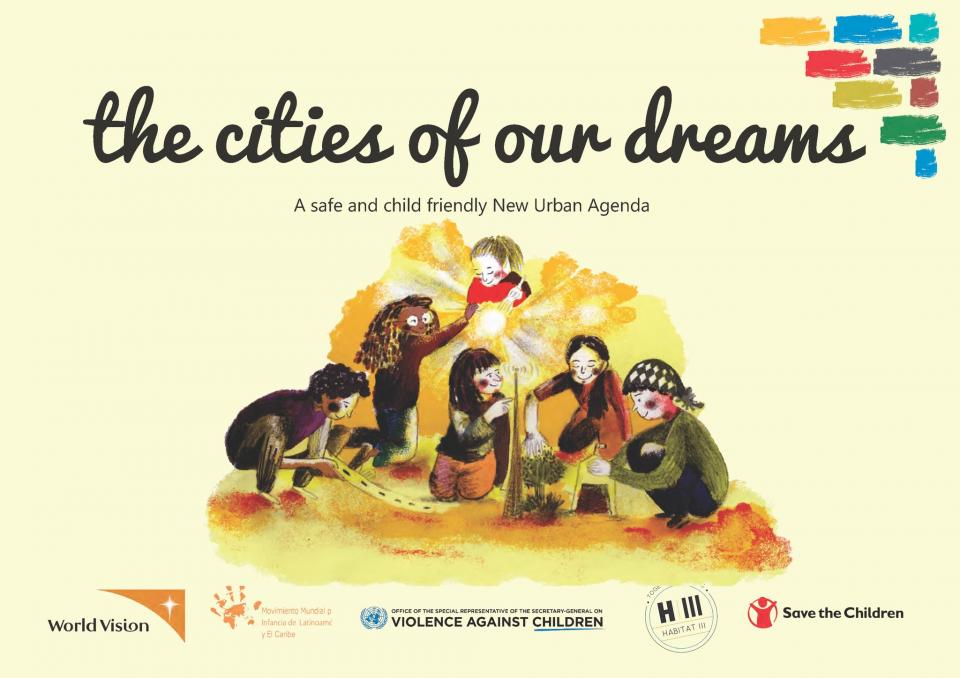 Quito,  31 October 2016 - On the commemoration of World Cities Day 2016, SRSG Santos Pais reaffirms her firm commitment to promote the implementation of the New Urban Agenda, adopted during the Habitat III Conference on Housing and Sustainable Urban Development, held in Quito, Ecuador in October 2016.

“World Cities Day is a strategic occasion to mobilize support and translate into action the important commitments enshrined in the New Urban Agenda and the 2030 Sustainable Development Agenda. With strong leadership and steady investment in the implementation of these global agenda, the international community can ensure inclusive, safe, and child-friendly urban environments for all, leaving no child behind”, said Santos Pais.

The world is becoming increasingly urbanized, with half of the population living in cities and half of them being persons below the age of eighteen. Cities with high levels of economic inequality and endemic poverty are often affected by insecurity, political tension and instability. The safety and wellbeing of children living in these cities is compromised, deepening their vulnerability and deprivation.

“Such cities can create a fertile environment for violence, fear and sense of impunity which puts children at high risk of neglect, abuse and exploitation. But as valuable experiences from around the world show, this pattern is not a fate. By building safe urban and school spaces for children, by supporting families and investing in public safety and access to justice, urban violence can be prevented and risks effectively reduced” added Santos Pais.

In these efforts, it is important to ensure the participation of all members of society, including children and young people.

“Listening to children’s voices and guided by their experiences, we can build cities as big as their dream: cities that are inclusive, just, safe and sustainable, and where children’s voices are heard! This is the spirit behind the child-friendly version of the Urban Agenda “The cities of our dreams,” that my office has issued in collaboration with civil society partners. I am confident local authorities will use this publication as a source of inspiration for their crucial work.”

Child-friendly version “The cities of our dreams” English