8th High-Level Cross-Regional Round Table on the Prevention and Elimination of Violence against Children: Placing Children at the Heart of the 2030 Agenda - Towards the 2019 High Level Political Forum 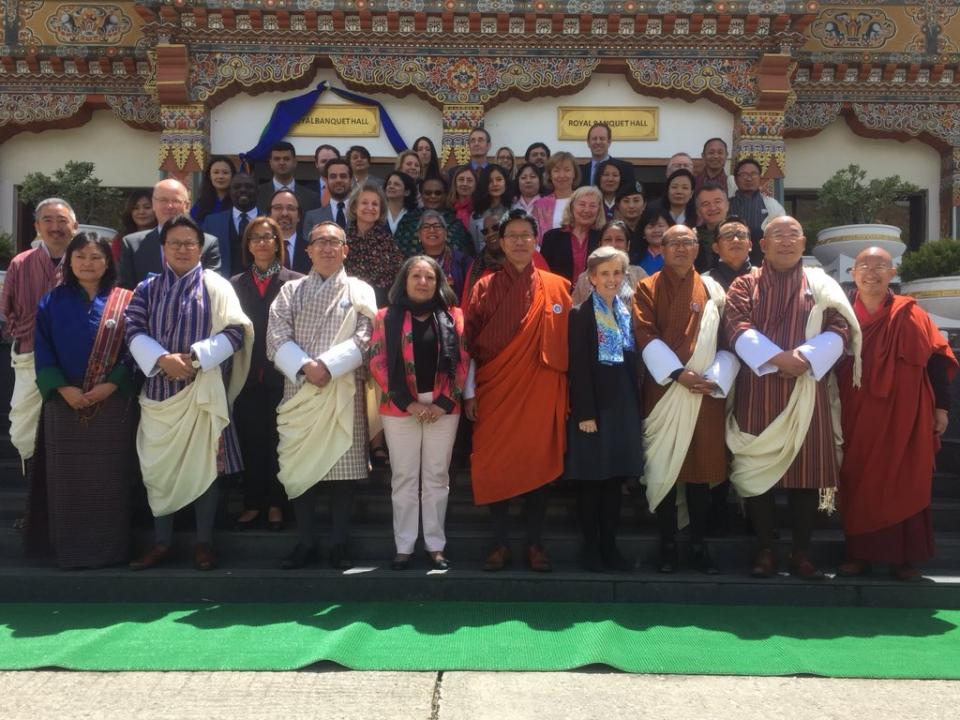 Thimphu, Bhutan, 11 May 2018 – “The 8th Cross-Regional Round Table is strategically timed and has provided new impetus to accelerate progress in children’s protection from violence around the world in the lead-up to the July 2019 High-Level Political Forum and its review of SDG 16, including target 16.2 to end all violence against children, and to the first 2030 Agenda Summit which will gather world leaders in September 2019 at the UN General Assembly,” highlighted SRSG-VAC Santos Pais. 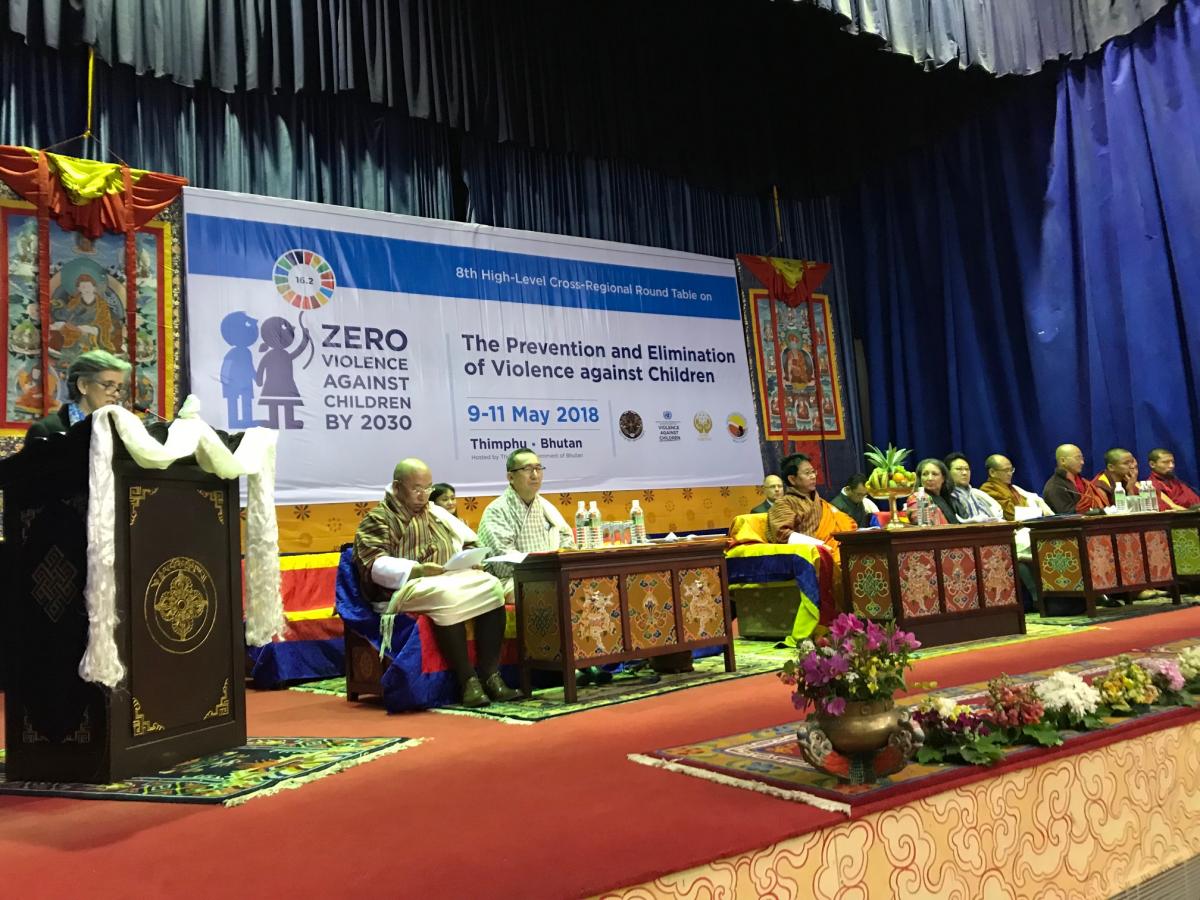 “I am inspired by the renewed regional commitments and strengthened initiatives taking place across regions to end violence against children,” said UN Special Representative of the Secretary-General on Violence against Children Marta Santos Pais. “We are enriched by advances being made and the positive practices and lessons shared over the past days to create a world free from violence for all children.” 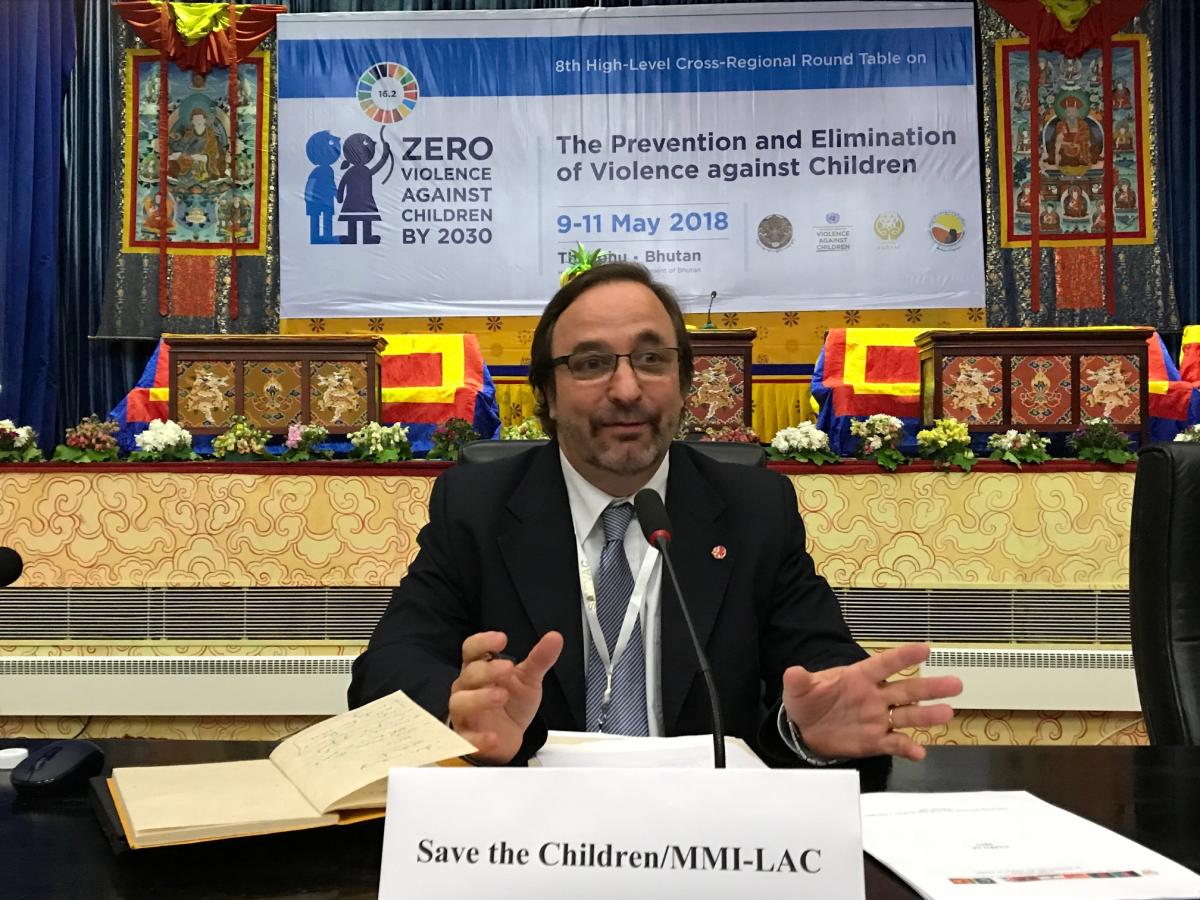 At the conclusion of this year’s annual Round Table, participating regional organizations and institutions committed to supporting accelerated progress towards the violence-related targets of Agenda 2030, particularly target 16.2 and 5.3. Participants also committed to contributing to a global thematic report on the prevention and elimination of violence against children, and to supporting child-centered voluntary national reviews (VNR) by Member States. The VNRs should provide sound reflections by Member States on progress being made, and the gaps to be addressed in efforts to end violence against children.

“2019 represents a unique, historic opportunity to make a quantum leap in children’s protection from all forms of violence and harmful practices, including child marriage,” said Santos Pais. “Not only will our contributions and outcomes from the Round Table be vital for the High-Level Political Forum and the 2030 Agenda Summit, but we will also commemorate the 30th Anniversary of the UN Convention on the Rights of the Child in 2019. It is important that we continue to work together across regions so that 2019 becomes a strategic turning point in our collective work to end violence against children.”

“We leave re-energized by the rich and deep participation of organizations from around the world in this week’s Cross-Regional Round Table,” said Santos Pais. “This is the eighth annual forum that has brought such diverse organizations together, united towards one objective: to help make all forms of violence against all children history!” 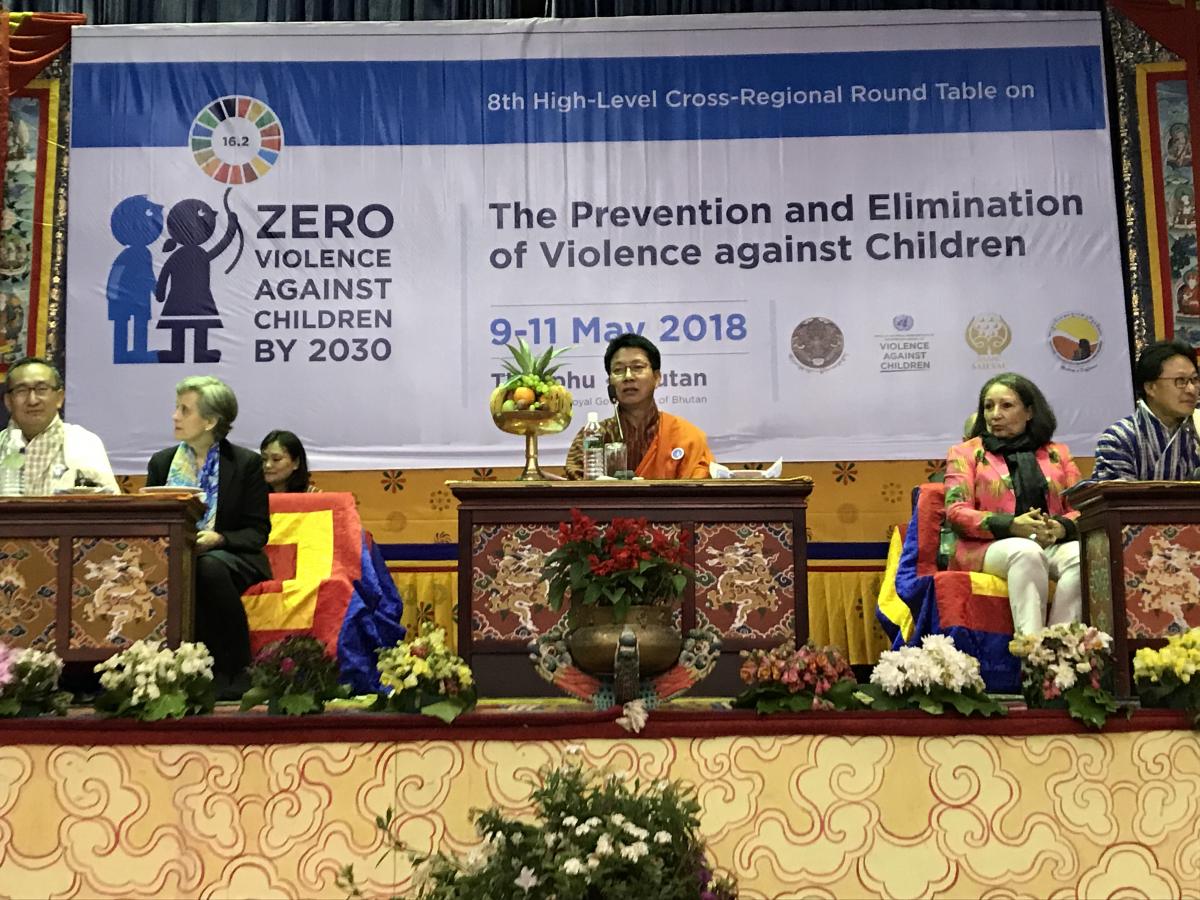 Participating organizations in the 8th Cross-Regional Round Table included: SAIEVAC, ASEAN, MERCOSUR, the Inter-American Children’s Institute-Organization of American States, the Central American Social Integration Secretariat, the Council of Europe, the Council of Baltic Sea States, ECOWAS, the African Union Special Rapporteur on Child Marriage, the African Child Policy Forum, as well as UNICEF and UNFPA, and Save the Children, PLAN International, ECPAT, World Vision, Girls Not Brides, as well as the Bhutan Central Monastic Body and the Buddhist Nuns Foundation. The Government of Bhutan was represented by the Ministers of Health and of Foreign Affairs, as well as by the National Commission on Women and Children.