More than 160 million children worlwide are in child labour. Half of them are involved in hazardous work. 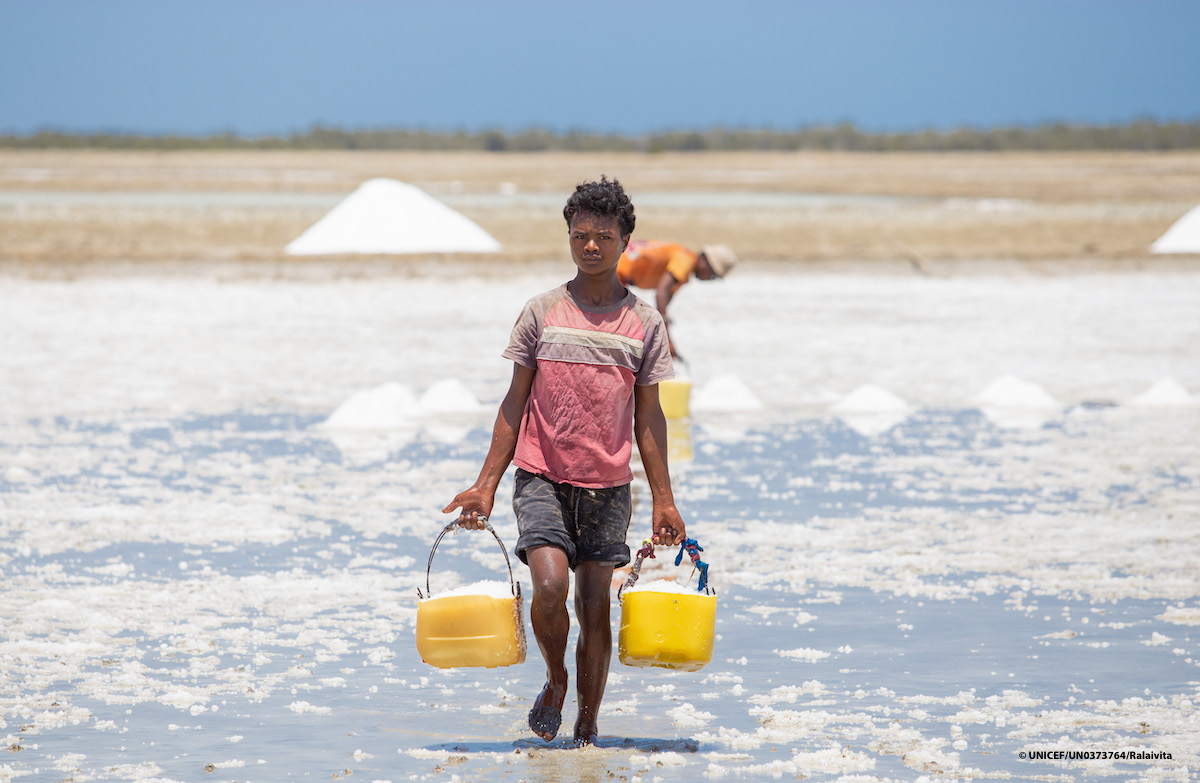 The term “child labour” is often defined as work that deprives children of their childhood, their potential and their dignity, and that is harmful to physical and mental development.

It refers to work that is mentally, physically, socially or morally dangerous and harmful to children; and or interferes with their schooling by: depriving them of the opportunity to attend school; obliging them to leave school prematurely; or requiring them to attempt to combine school attendance with excessively long and heavy work.

Whether or not particular forms of “work” can be called “child labour” depends on the child’s age, the type and hours of work performed, the conditions under which it is performed and the objectives pursued by individual countries. The answer varies from country to country, as well as among sectors within countries.

The exploitation of children through labour, in particular its worst forms, is a major obstacle to realizing the dream of a world where violence against children has no place. The United Nations Study on Violence against Children underlined the high incidence of violence in the workplace, including ill-treatment by employers and sexual violence of child domestic workers. Violence is used to coerce children to work, to keep them in exploitation and servitude, and also to punish and control them – including in situations where older children are legally working.

In the last decades, the international community has established a strong international normative framework to prohibit child labour in all its forms. The ILO’s Conventions 138 and 182, and the Convention on the Rights of the Child and its two Protocols leave no space for tolerating the exploitation of children; and they provide strong guidance for national implementation efforts. We must never forget the important commitments made by the international community to ensure that every child has the right to be protected from economic exploitation and from performing any work that can be hazardous or to interfere with the child’s education, or to be harmful to the child’s health or physical, mental spiritual, moral or social development.

It is our role to ensure that these principles are safeguarded everywhere and at at all times!

Significant progress has been made in children’s protection from exploitation through labour. There are better laws and better mechanisms to enforce these treaties, and better policies to address the root causes of child labour; and public attitudes have also clearly changed. Yet, despite these achievements, child labour continues to compromise the fundamental rights of countless numbers of children. The majority of them are trapped in hazardous forms of child labour, often enduring heavy work and also suffering the traumatic impact of violence.

Whilst child labour takes many different forms, a priority is to eliminate without delay the worst forms of child labour as defined by Article 3 of ILO Convention No. 182 :

The Special Representative is committed to mobilizing and supporting Member States in taking stronger action to ending child labour.