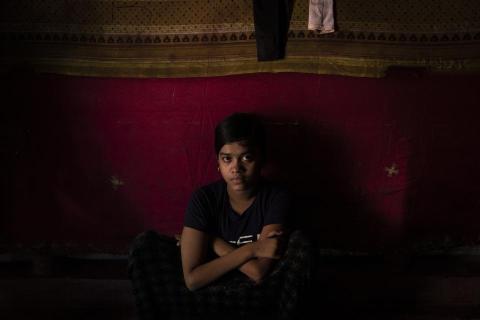 Physical punishment and other cruel or degrading forms of punishment

The United Nations Committee on the Rights of the Child defines corporal or physical punishment as any punishment in which physical force is used and intended to cause some degree of pain or discomfort, however light.

This mostly involves hitting children, with the hand or with an implement. But it can also involve kicking, shaking or throwing children, scratching, pinching, biting, pulling hair, forcing children to stay in uncomfortable positions, burning, scalding or forced ingestion. In addition, there are other non-physical forms of punishment that are also cruel and degrading. These include punishment which belittles, humiliates, denigrates, scapegoats, threatens, scares or ridicules the child.

Corporal punishment and other cruel or degrading forms of punishment take place in many settings. These include within the home and family, in all forms of alternative care, schools and other educational institutions and justice systems - both as a sentence of the courts and as a punishment within penal and other institutions - in situations of child labour, and in the community.

An ever-growing body of research associates physical punishment with a variety of negative health and behavioural outcomes, including poorer mental health, cognitive development and educational outcomes, increased aggression and antisocial behaviour. It can damage family relationships and, far from teaching children to behave well, it teaches them that violence is an acceptable way to resolve conflict.

Research indicates that adults who have received corporal punishment in childhood are more likely to accept or experience violence, including intimate partner violence, either as a victim or perpetrator, and be involved in other violent and criminal behaviour.

Ending all forms of physical punishment is therefore key not only to ending all violence against children, but to reducing violence across the whole of society in the longer term.

The United Nations Committee on the Rights of the Child regards the elimination of violent and humiliating punishment of children - through law reform and other necessary measures – as an immediate and unqualified obligation of States parties to the Convention on the Rights of the Child.It was also explicitly included in the recommendations of the United Nations Study on Violence against Children as a necessary aspect of law reform.

Achieving a clear and unconditional prohibition of all corporal punishment will require varying legal reforms in different States. It may require specific provisions in sectoral laws covering education, justice and alternative care. But it should be made explicitly clear that the criminal law on assault also covers all corporal punishment, guaranteeing children equal protection under the law.

In addition to law reform, the implementation of the prohibition of all physical punishment and other cruel or degrading forms of punishment requires awareness-raising, guidance and training in alternative approaches to child upbringing, in particular the promotion of positive, non-violent parenting.

The Special Representative promotes the elimination of corporal punishment and other cruel or degrading forms of punishment through the provision of technical advice to Member States, advocacy with decision-makers to support law reform, and collaboration with regional organizations, civil society organizations, faith-based organizations, national human rights institutions and child-led organizations.