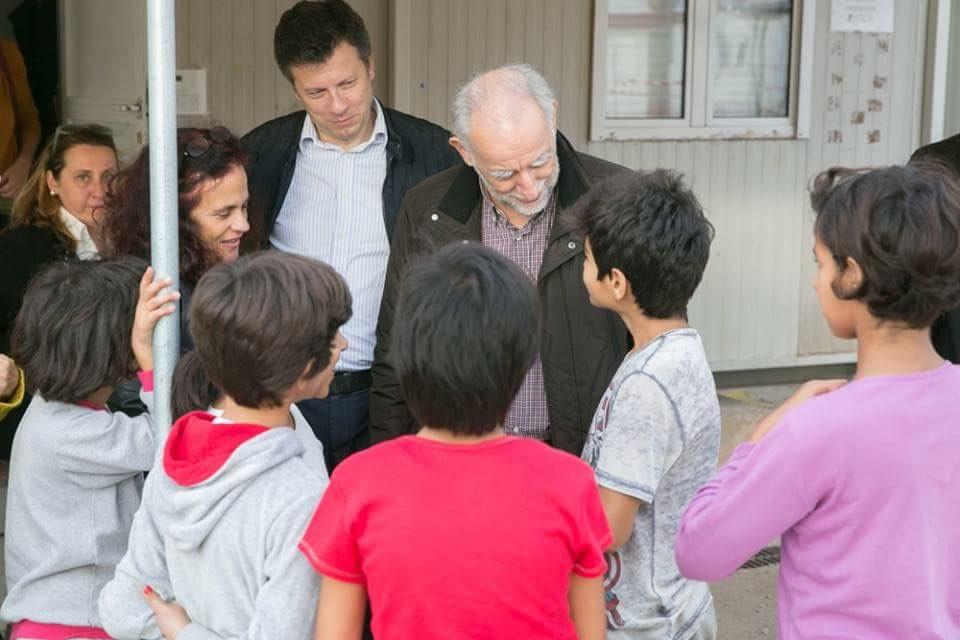 Geneva/New York, 20 November – On Universal Children’s Day, UN child rights experts[1] call on all Governments to safeguard the rights of children on the move.

The Convention on the Rights of the Child is the most widely ratified human rights treaty and is further strengthened by its three Optional Protocols on the involvement of children in armed conflict; the sale of children, child prostitution and child pornography; and on a communications procedure.

“Since the adoption of the Convention, 28 years ago, there has been significant progress in the protection of children’s rights through the implementation of laws and policies, the strengthening of institutions and the consolidation of data. But these positive developments have hardly touched the lives of the millions of children on the move”, stressed the experts. “The past few years have seen higher numbers of children on the move than ever before, travelling alone or with their families, within and across countries. And when it comes to their right to protection, these children are truly left behind.States must recognize the international protection needs of children who flee violence, conflicts and crises”, they added.

Every minute, twenty people are forced to flee their home due to violence, persecution or conflict. In 2015, of the 244 million migrants, approximately 30 million were children. While children constitute 31 per cent of the total world population, in 2016, they were more than half of the total refugee population, and more than 75,000 asylum claims were lodged by unaccompanied or separated children, who are at high risk of exploitation and abuse.

For children on the move, especially when unaccompanied or separated from their families, violence infuses daily life and is often part of a continuum. Many witness horrific scenes, such as the killing of their parents, the rape of their sisters, the forced disappearance of their friends. Others endure the impact of conflicts and remain vulnerable to physical and mental coercion. Still others, are exposed to street crime and community violence, to systematic extortion, and to harassment by gangs and recruitment by armed groups.

Children embark on a dangerous and uncertain journey, often crossing perilous borders and rough seas,at the mercy of unscrupulous smuggling and trafficking networks in the hope of finding a place of safety and security. They may lack proper documentation and not be able to speak the local language. They may endure humiliation, physical attacks and sexual abuse. Girls can face particularly serious risks of abuse and exploitation and at times may be sold into marriage by their desperate families. For the most part, these children are simply too frightened to report abuse or exploitation, or to speak about the trauma they have endured. And they avoid seeking help, including medical treatment, fearing a negative impact on pending decisions on their status, or out of fear of arrest or deportation. They may also be denied access to health and education services.States must ensure that unaccompanied and separated children are promptly identified, registered and referred to the child protection system.”

Most of these children have already suffered violence and armed conflicts they are trying to flee. Still too often these children are perceived as unwanted interlopers rather than vulnerable victims and denied the protection they are entitled to. Indeed, in many cases, they lack access to a child protection authority, to an age- and gender-sensitive protection determination, and if necessary, age determination process, to legal representation, to accessible information about their rights or about ways of seeking redress for the violation of their rights, and to support for their reintegration into society.

Despite commitments made to implement the Convention on the Rights of the Child and the 2016 New York Declaration for Refugees and Migrants, children continue to be confined in airports, harbour facilities or islands; placed in detention centres, prisons, or cells meant for military personnel. They may find themselves in complete isolation or in crowded facilities with unrelated adults making them vulnerable to harassment and abuse.

“The detention of children based on their migration or refugee status is never in their best interest. It adds punishment to their desperate situation. Alternatives to deprivation of liberty must be found urgently, including family based solutions”, the expertshighlighted.

Children on the move are entitled to grow up in a caring and nurturing family environment. When forced to flee or be uprooted in the search of safety and protection, family unity needs to be preserved at all costs. Requests for family reunification need to be considered expeditiously in a positive and humane manner, as called for by the Convention on the Rights of the Child.

“Children on the move need to be treated first and foremost as children! On this commemorative occasion, let us respond to the imperative of the Convention to genuinely protect the rights of all children, including those on the move, and place their best interests above any other concern”, the experts urged.

[1]Renate Winter, Chairperson of the UN Committee on the Rights of the Child; Marta Santos Pais, Special Representative of the UN Secretary-General on Violence against Children; Virginia Gamba, Special Representative of the UN Secretary-General for Children and Armed Conflict; Maud de Boer-Buquicchio, UN Special Rapporteur on the sale and sexual exploitation of children, including child prostitution and child pornography and other child sexual abuse material