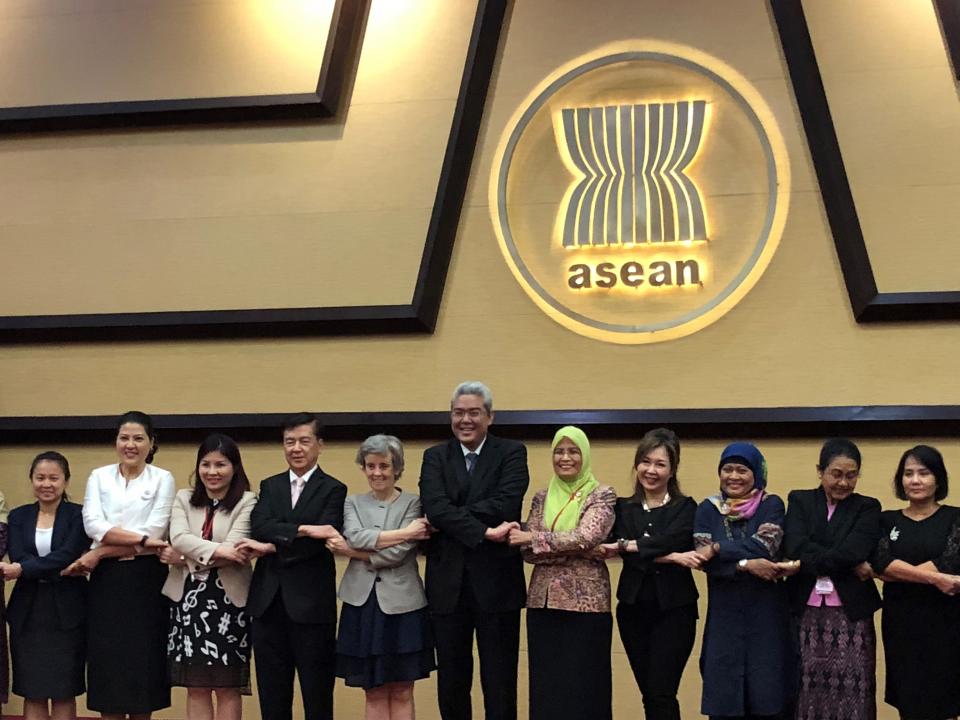 Jakarta, Indonesia 28 March 2018 - In her annual dialogue in Jakarta with the ASEAN Commission on the Promotion and Protection of the Rights of Women and of Children (ACWC), SRSG Santos Pais acknowledged progress made in implementation of the Regional Plan of Action on the Elimination of Violence against Children (RPA/EVAC), and the Development of the Baseline Study on national action undertaken to strengthen children’s protection from violence.

“The regional plan is a key reference document for advancing progress in the prevention and elimination of violence against children across ASEAN nations. It has high level political commitment and is aligned with Agenda 2030 and SDG goals and targets related to violence against children – especially SDG target 16.2 to end all forms of violence against children” she said. “As we prepare for the UN High-level Political Forum in July 2019, which will review progress on Goal 16, including target 16.2, the RPA/EVAC is a model for other regions. It has demonstrated its potential to accelerate progress at the national level on key child protection concerns, including children’s protection from bullying and online abuse, and the prevention of violence in the justice system, priority areas which the ACWC is placing high on its agenda” she stressed.

In her statement, the SRSG also highlighted the importance of breaking the cycle of violence through interventions in early childhood which has been a constant priority for her mandate – and this has also been very high in the ACWC agenda. She noted that The ASEAN Guidelines for a Non-violent Approach to Nurture, Care and Development of Children in All Settings is a strategic reference to frame national developments in this area.

In order to further raise awareness about the urgency and crucial importance of investing in early childhood, as called for by the Sustainable Development Agenda , the SRSG recently launched a new report: Violence prevention must start in early childhood which draws on the latest research in neuroscience showing the negative impact violence can have on child development. “Scientific research shows that stress in early childhood - including exposure to neglect and abuse - compromises children’s health and education, with long-term negative mental and physiological consequences. Longitudinal studies show that young children exposed to violence are more likely to be victims of violence later in life and become perpetrators themselves; use violence as adults against domestic partners and their own children; and be at increased risk of engaging in criminal behavior. We must break this vicious and devastating cycle of violence - for the child, for the adult they become, and for society as a whole” .