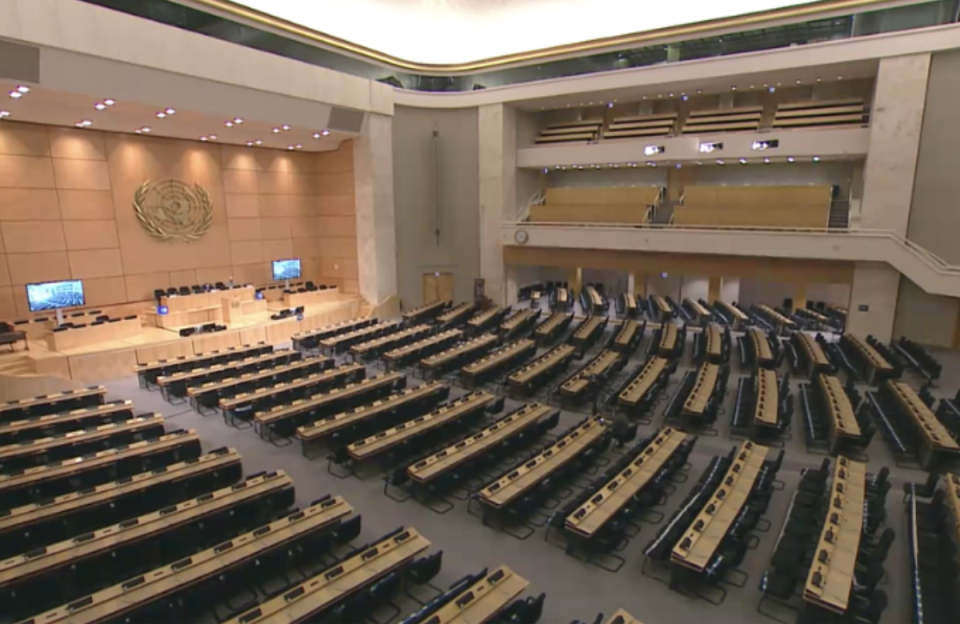 New York, 20 June 2018 - Children make up more than half of the world’s refugee population. They are compelled to flee their homes to find a place of safety, and in too many cases, these children make a dangerous journey unaccompanied or separated from their families.

“Millions of girls and boys on the move face a vicious continuum of violence: they are as much running from violence, as they are running with violence,” said UN Special Representative of the Secretary-General on Violence against Children, Marta Santos Pais.

“Escaping persecution, gang and community violence, exploitation and political insecurity, their companions en route are fear, anxiety and insecurity. The only constant is the threat of new forms of violence being used against them,” said Santos Pais.

“Children may be perceived as interlopers rather than vulnerable victims at risk who cross borders in search of a safe destination. Often, these children fail to benefit from the protection they are entitled to and desperately need.”

“In a survey we conducted with more than 170,000 children, violence is at the top of their concerns: it is the key reason why children feel pressed to leave their communities and is a key risk they face along their journey and upon arrival in a destination country.”

“The right of every child to safety and protection does not cease when they are compelled to move into a different jurisdiction. All states must ensure that all necessary measures are put in place to safeguard the rights of these vulnerable children at all times,” said Santos Pais. “Asylum seeking and refugee children must be treated above all as the children that they are.”

But as is being witnessed today, refugee children of all ages are being placed in overcrowded facilities, confined in airports, harbors or islands, and held in detention centers. They are being forcibly separated from family members or forced to live with unrelated adults, making them further vulnerable to harassment and abuse.

“Child detention and the separation of refugee children from their families is not in the child’s best interest,” continued Santos Pais. “Family separation causes irreparable harm to children. All children have the right to grow up in a caring, nurturing family environment - preserving family unity is crucial for their protection and wellbeing.”

“For children who are already deeply traumatized, separation from their families is a form of violence, and detention an additional punishment. We must end child immigration detention and promote child-sensitive care alternatives.”

“Refugee children suffer fear, depression and a heightened sense of desperation which hampers their development and future potential. But this can and must be avoided. Guided by human rights standards, we can transform the pattern of violence refugee children endure into a circle of protection of their fundamental rights,” said Santos Pais. “Children must always be placed above politics, and in all circumstances the best interests of the child must be paramount!”

“On World Refugee Day, let us recommit and take action to safeguard the rights of every child and bring an end to the continuum of violence that shapes the daily lives of refugee children. They are children, first and foremost. Children with inherent human rights who urgently need and are entitled to our steady support,” concluded Santos Pais.