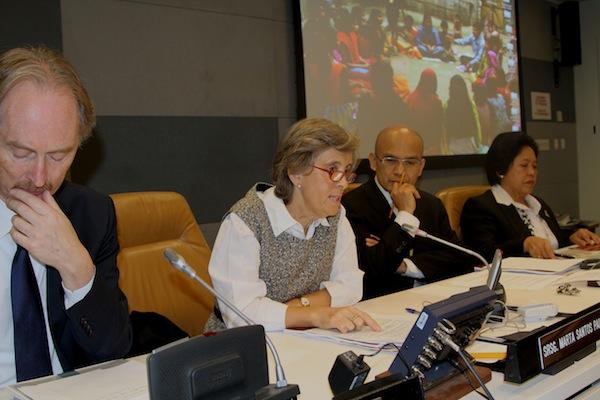 New York, 18 October 2013 - SRSG Santos Pais launched a new thematic report on Restorative Justice for Children in a high level event organized with the Governments of Indonesia and Norway during the General Assembly Debate on the Rights of the Child. The event counted on the participation of experts from Norway and Indonesia, as well as representatives from independent children’s rights institutions, academia and civil society organizations. The discussion aimed at sharing models and experiences of child sensitive restorative justice processes and programs and to promote enhanced cooperation in this area at national, regional and international levels.

This new SRSG report promotes a paradigm shift in the juvenile justice system moving from punitive to restorative justice approaches that respect and protect the rights of the child. The report highlights how such restorative justice programmes provide significant benefits for the children involved, for the victims and for society in general.

“The overall aim of restorative justice is to repair the harm caused by wrongdoing. Child sensitive restorative justice involves all persons concerned, bringing together the victim, the offender, parents or guardians, child protection and justice actors, and the community. When the offence is committed by a child, the best interest of the child and the child’s reintegration into his or her community is one of the primary considerations in the process.”, said the SRSG. 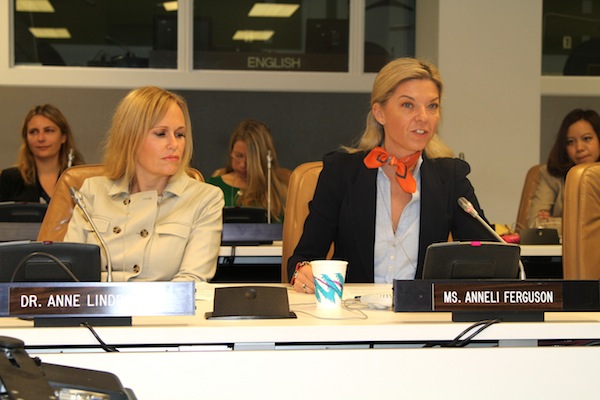 The report presents important recommendations to consolidate restorative justice initiatives at the national level. These include strong legislative provisions such as decriminalizing status offences and survival behaviour and establishing legal safeguards to protect the child’s best interests, and the child’s right to freedom from violence and discrimination. Legislation should also provide law enforcement, prosecutors and the judiciary with options for diverting children away from the criminal justice system; it should foresee alternative and educative measures such as warning, probation, judicial supervision and community work, to be applied in combination with restorative justice processes or when restorative justice is not appropriate. The report also highlights that restorative justice and informal justice mechanisms, while being accessible at the local levels and playing an important role in the protection and reintegration of children, should never jeopardize children’s rights or preclude children from accessing the formal justice system.

Investing in effective training is equally important, including on children’s rights and on necessary skills to promote dialogue and manage emotions and conflict and securing children’s safety. Moreover, guidelines and standard operational procedures should be assured to all relevant law enforcement and justice actors, including the police, prosecutors, the judiciary, probation officers, lawyers, social workers, facilitators and mediators.

Coordination between restorative justice service providers and justice actors is a key dimension of an effective restorative justice system and should be institutionalized at the national and local levels, and close cooperation should be encouraged between relevant stakeholders, including in informal justice systems. Similarly, well-trained professionals, available resources to support programs and invest in capacity building and bilateral and international cooperation, should be also promoted e.g. to document and gather data.

Awareness-raising and social mobilization campaigns should be undertaken at the national and local levels with relevant stakeholders, including traditional and religious leaders and the media, to enhance understanding of restorative justice and promote child-friendly attitudes among justice professionals and service providers, and to sensitize the general public to the importance of restorative justice.

The report was informed by an Expert Consultation organized with the Governments of Indonesia and Norway. The Consultation had taken place in Bali, Indonesia in June 2013, and included participants from Governments, international and regional organizations, ombudspersons, judges, prosecutors, law enforcement officials, child protection officers, academia, civil society and restorative justice practitioners.