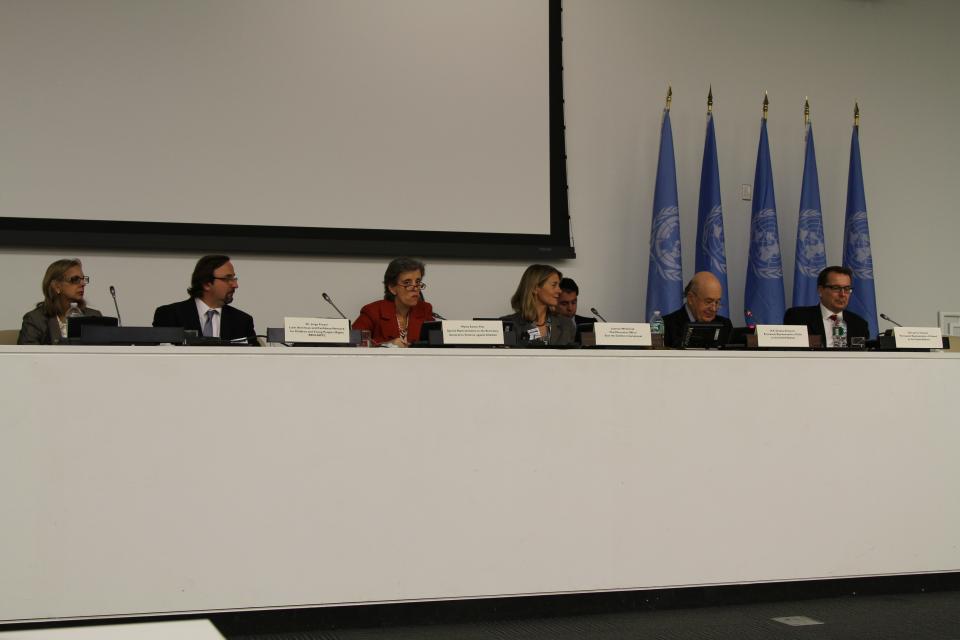 At the event, Germany announced the ratification of the Optional Protocol, becoming the third country to deposit the instrument with the UN, after Thailand and Gabon. The Representatives of Bolivia and Spain also announced that their respective countries will ratify this treaty in the very near future. Bolivia will become the first South American country to ratify the protocol. The Optional Protocol has also been signed by 35 countries.

SRSG Santos Pais commended the announcements and highlighted the strong political support expressed to the third Optional Protocol since the signing ceremony held one year ago, but she recalled that ratification is not the end of the journey, but the first step in a long process.

“It is urgent and indispensable to translate the OP into national languages and ensure its wide dissemination, amongst professionals, the public at large and very especially, amongst children. It is with this concern in mind that, in collaboration with partners, we are preparing a child-friendly version of the OP, with simple concepts, accessible information and guidance to provide children with the needed information about the Protocol and ways of using it safely and effectively. We hope to launch this child friendly version later this year,” announced the SRSG.

SRSG Santos Pais reminded the importance of establishing national independent institutions on children’s rights, to work as strategic allies in the national implementation process of the  Optional Protocol.

“National legislation should be reviewed and, when needed, enacted to ensure conformity with the provisions of the OP and establish child sensitive procedures for counselling, reporting and complaints for violations of children’s rights”, added the SRSG.

The debate was moderated by Ms. Jasmine Whitbread from Save the Children International and counted on the participation of the Permanent Representatives of Chile and Finland  to the UN as well as Dr. Jorge Freyre, on behalf of REDLAMYC, the Latin American and Caribbean Network for Children and Young People's Rights.