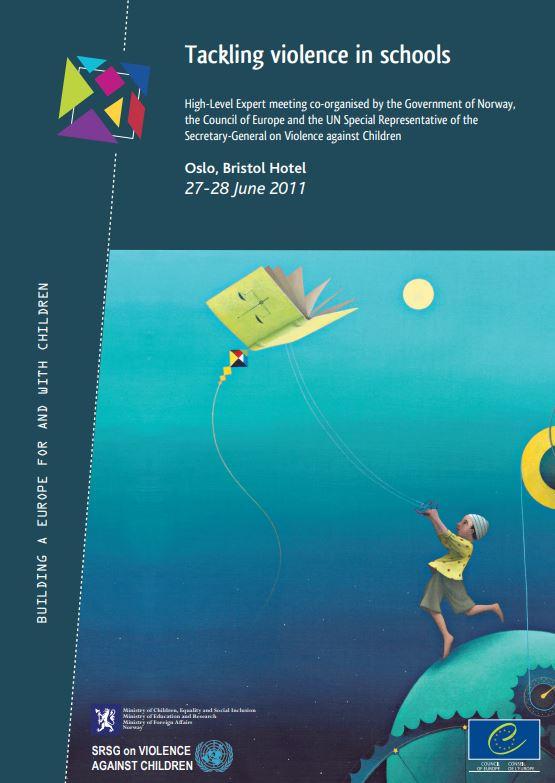 Oslo (Norway) 28 June 2011 - At the conclusion of a two day meeting on the theme of “Tackling Violence in Schools”, experts in child rights joined together to call for a holistic, child-centred approach to prevent and address all forms of violence against children in schools. They urged all actors, from national government to local authorities, school administrators, teachers, local communities, parents and children themselves to work together to ensure that schools provide safe, secure environments in which all children have the opportunity to develop and learn.

The high-level expert meeting, co-organized by the Government of Norway, the Council of Europe and the UN Special Representative of the Secretary-General on Violence against Children (SRSG), was hosted in Oslo from 26 to 27 June. In the course of the meeting participants discussed the extent of violence in schools and the importance of adequate data to understand the phenomenon. They also dedicated significant attention to examining successful approaches to reducing violence in schools from around the world and to the issue of building partnerships with parents, children and local communities. They concluded the meeting with a series of recommendations for further action.

In the course of the meeting, participants underlined that, around the world, exposure to corporal punishment, cruel and humiliating forms of psychological punishment, sexual and gender-based violence, and bullying are still a reality for many children. They agreed that the most effective responses to violence in schools must be tailored to local contexts and concerns, but underlined that each of these responses must be founded on universal human rights principles.

Above all, they considered a truly holistic approach to be vital to addressing the phenomenon of violence in schools and to enhancing the support provided to child victims of violence. Working with children themselves, teaching them that violence-free learning is the right of every girl and boy, and providing efficient mechanisms for them to report incidents of violence were identified as measures of crucial importance. Participants however agreed that efforts must go beyond this:

“In addressing violence in schools, an empowering environment for children is important, but this in itself is not enough. There must be an explicit non-violence dimension included throughout school structures and regulations”, said the SRSG on Violence against Children, Ms. Marta Santos Pais.

The SRSG recalled the key role of schools in protecting children from violence and stressed that schools and the communities in which they are located have the potential to share, transmit and reinforce non-violent values for this generation and generations to come.

The SRSG also highlighted the importance of involving children and other actors in preventing violence in schools and educational settings and of ensuring that children’s views are taken into account:

“It is important to create opportunities for different actors to interact, in particular with children. This may involve direct discussion, but may also take other forms, such as through children’s drawings, or in the context of school committees, where children have representatives they trust to communicate their views and advance their cause”, added the SRSG. Ms. Santos Pais also stressed the key role played by accessible and effective law enforcement and reporting mechanisms.

In many countries, violence can be such that it keeps children out of school, and participants further recommended that special attention be given to ensuring the protection of the most vulnerable children, including girls. They underlined that this is not only a human rights obligation, but also an important investment for national development.

In the concluding discussion, participants underlined the importance of encouraging all actors involved to partner and cooperate to address violence in schools, and to ensuring that the reporting of violence is an inherent element of child protection mechanisms.

The high-level meeting in Olso paves the way for some important initiatives. In the UN system, Ms Santos Pais is working with Mr Kishore Singh, the UN Special Rapporteur on the Right to Education – also present at the meeting – to address violence against children in schools, and the Council of Europe has indicated that the outcomes of the meeting will feed into its 2012-2015 Strategy on the Rights of the Child.