How can we contribute to end violence against children by 2030? - Discussing implementation of the SDGs with children from 150 countries

Beckley (WV), USA 26 July 2019 - More than 40 thousand children and young people from 150 countries wearing shorts and scarfs around their necks  are meeting in West Virginia for twelve days for the largest ever World Scout Jamboree, since the creation of the movement by Baden Powell in 1908.

The event, under the theme Unlock a New World focuses on connecting children between 14 and 17 years old with a shared passion: creating a better world. “Adults try to solve our problems without knowing or even understanding our problems” said David, a 14-year-old scout from Miami just next to the Global Development Village (GDV) where scouts learn about the work of the United Nations and discuss the implementation of the Sustainable Development Agenda.

Special Representative Najat Maalla M’jid visited the spaces createded in partnership with OHCHR, FAO, UN Women in the GDV and stopped at a UNHCR tent that replicates life in a refugee camp, before joining 50 scouts on a conference call with four young refugees who were calling with live video from a camp in Kenya.

In a meeting with the Secretary-General of the World Organization of the Scout Movement, Ahmed Alhendawi, SRSG Maalla M’jid commended the work of the organization in the creation of a mandatory training program taken by more than nine thousand adults who participated in the Jamboree as scouts’ leaders. 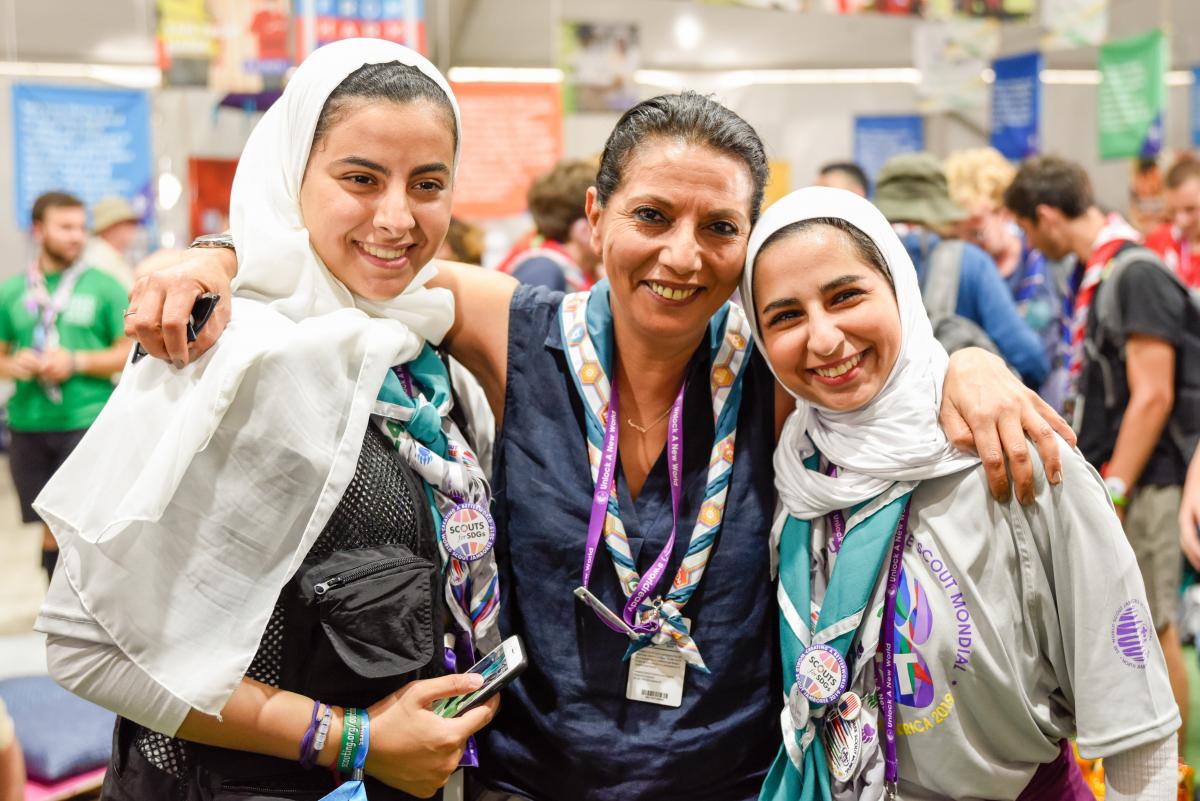 The program Safe from Harm includes modules on Abuse and Discrimination, Cyber security, Respecting differences, Mental health amongst others.

“It is very important for children who are part of the Scouting movement to know and understand their rights, but it is equally important that the adults who guide them be role models inspired by the Scouts motto: Be Prepared. The Safe from Harm program is an important initiative taken at a Global Level by a movement that has over 50 million members in all parts of the world. Protecting younger members and helping adults to be prepared to listen to scouts’ concerns, to prevent and address incidents of violence that might occur, is after all nothing more than being a true Scout: mentally awake, and morally straight.” said SRSG Maalla M’jid.

Dr. Maalla M’jid devoted most of her time on site to listen to children’s concerns and views, particularly with a focus on the implementation of the SDGs on securing a sustainable, peaceful, prosperous and equitable life on Earth for everyone now and in the future. on human rights and the implementation of SDGs.

On a crowded informal gathering “Scout Talk”, SRSG Maalla M’jid called on the thousands of young participants, including a group of girl scouts from Saudi Arabia who for the first time participated in a World Jamboree, to take a stand in their communities and be true actors of change. After an important interactive dialogue between with the young people, the SRSG emphasized “the 2030 Agenda cannot leave anyone behind. This includes children. We count on all of you, in your communities to help ending violence against children by 2030”, added Dr. Maalla M’jid.