More needs to be done, better and faster, to protect children worldwide - SRSG Maalla M'jid at ISPCAN Congress in Oman 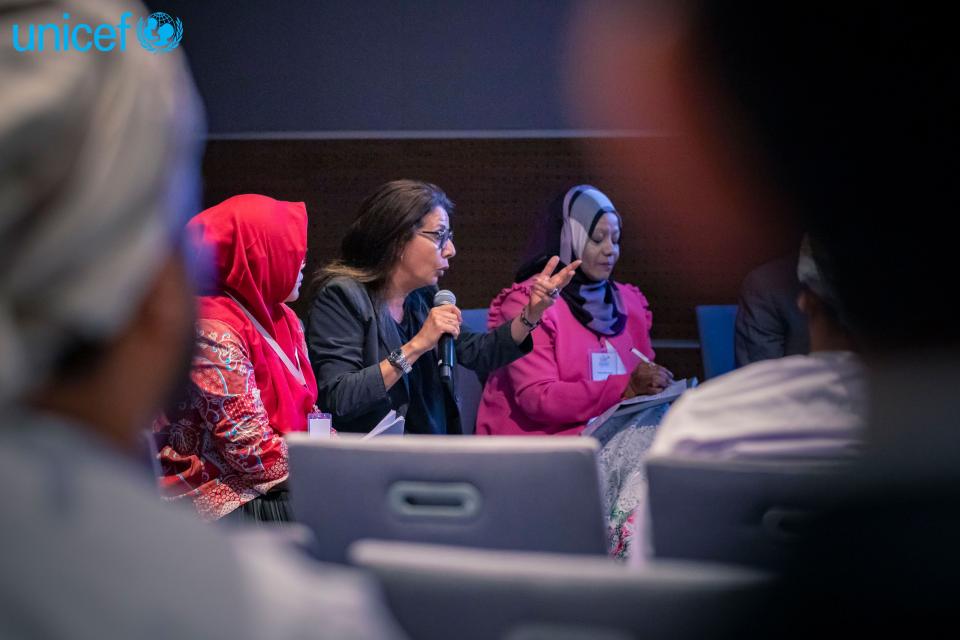 Muscat, 17 September 2019 - Around 400 experts, professionals, and high level officials from over 35 different countries around the world attended the 2019 International Society for the Prevention of Child Abuse & Neglect (ISPCAN)'International Conference organised for the first time in Muscat, Oman.

The international platform allowed experts, policy makers, researchers, and practitioners from over 35 countries to share their wealth of knowledge and experiences at the national, regional and international levels in the field of child rights and child protection, promoting evidence-based practices in preventing and responding to child maltreatment.

SRSG. Najat Maalla M’jid, Special Representative of the UN Secretary-General on Violence against Children highlighted that 2019 is a milestone year in moving towards the realization of the ambitious vision of the Convention of the Rights of Child (CRC) and accelerating action for the implementation of the 2030 Agenda for Sustainable Development.

“There is a change in attitudes at every level, there is now broad agreement that violence against children is never acceptable and can be brought to an end, but we also see increasing trends of children on the move due to conflict, natural disasters and climate change that increase the risks they face. More needs to be done, better and faster, to protect children worldwide from all forms of violence and to ensure that no child is left behind.”

Lana Al Wreikat, UNICEF Representative to the Sultanate of Oman, added: “While the world commemorates the 30th anniversary of the adoption of the Convention on the Rights of the Child in November, a generation of children is being shaped by violence, displacement, and a persistent lack of opportunities-for reasons of geography or gender or ethnicity. We hope that this unique stage will allow us to reflect and learn from each other and take stock of progress made in improving the lives of children and adolescents.”

Several protection themes were addressed during the conference ranging from violence against children, child abuse, cyberbullying, domestic violence and its impact on the well-being of the child, legislation, successful initiatives addressing child violence.

In a world dominated by conflicts and violence, UNICEF introduced during the closing ceremony a new dimension to child protection by evidencing the power of music as a healing agent.  The famous composer and musician Jad Rahbani was present with Omani children. On the occasion of the 30th anniversary of the CRC, the Sultanate launched the Child Protection Ambassadors programme.