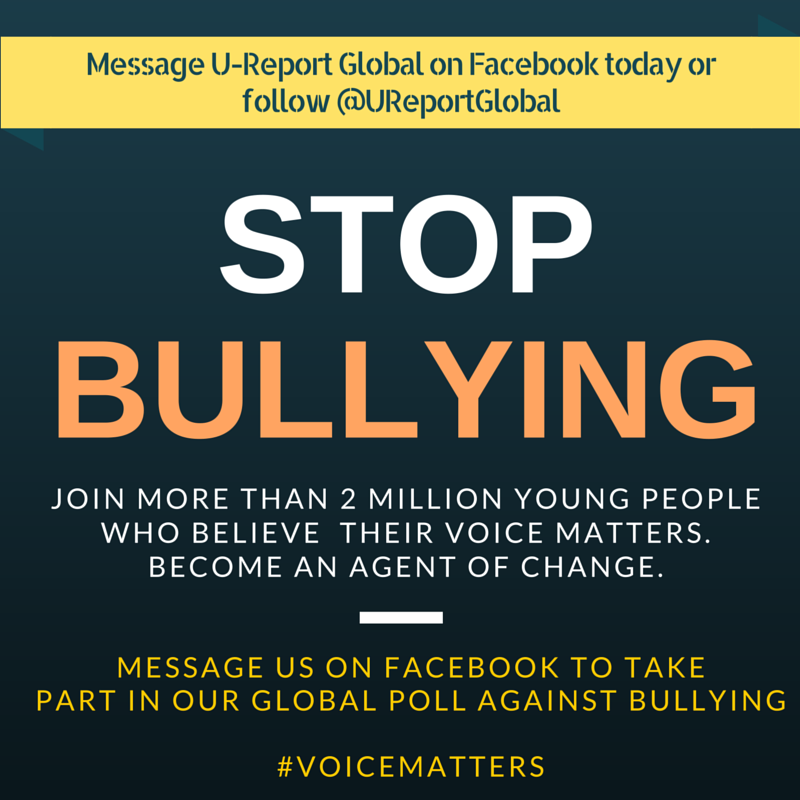 New York, 13 September 2016 - The report is framed by General Assembly resolution 69/158 which recognised bullying and cyberbullying as a manifestation of violence against children of global concern, and requested the Secretary-General to submit a report on protecting children from bullying, emphasising its causes and effects, good practices and guidance to prevent and respond to it.

Bullying and cyberbullying compromise children’s development, health and education, generating depression, loneliness, anxiety and low self-esteem, humiliation, frustration and anger. Bullying is consistently identified by children as being among their top concerns and it is one of the main reasons why they call a helpline.

“Whether physical, verbal or relational, bullying is often part of a continuum, a torment that shapes children’s lives and is surrounded by a deep sense of fear, loneliness and helplessness. It is urgent to break the invisibility of this phenomenon and to overcome its perception as a rite of passage,” stresses SRSG Santos Pais.

As the Secretary-General’s report highlights, significant measures have been undertaken at the national level to prevent and address bullying and cyberbullying, including awareness-raising initiatives, investment in children’s empowerment and resilience to prevent and address this phenomenon, the enactment of legislation and the development of public policies, as well as the establishment of effective redress and support mechanisms. Notwithstanding these important developments, increased efforts are needed to address the serious risks associated with this phenomenon, which may instil violence as a part of a child’s life and continuing on long past childhood, and which weakens the every foundation of social progress.

Recognizing the normative foundation provided by the Convention on the Rights of the Child and the opportunity provided by the Sustainable Development Agenda to advance progress in children’s protection from bullying and cyberbullying, the report of the Secretary-General outlines key areas of action where efforts should be focused and calls for concerted actions by all relevant actors, including national governments, schools authorities, non-governmental organizations and the private sector, as well as families and children themselves.

“Protecting children from bullying is a question of human rights and it is also a shared responsibility. By joining hands and redoubling our efforts, we can achieve what children ask for so clearly and what they are entitled to: an end to the fear, the silence, the shame and pain that surrounds bullying and cyberbullying", SRSG Santos Pais highlighted.