UN experts urge States to protect children from sale, sexual exploitation and recruitment and use in hostilities 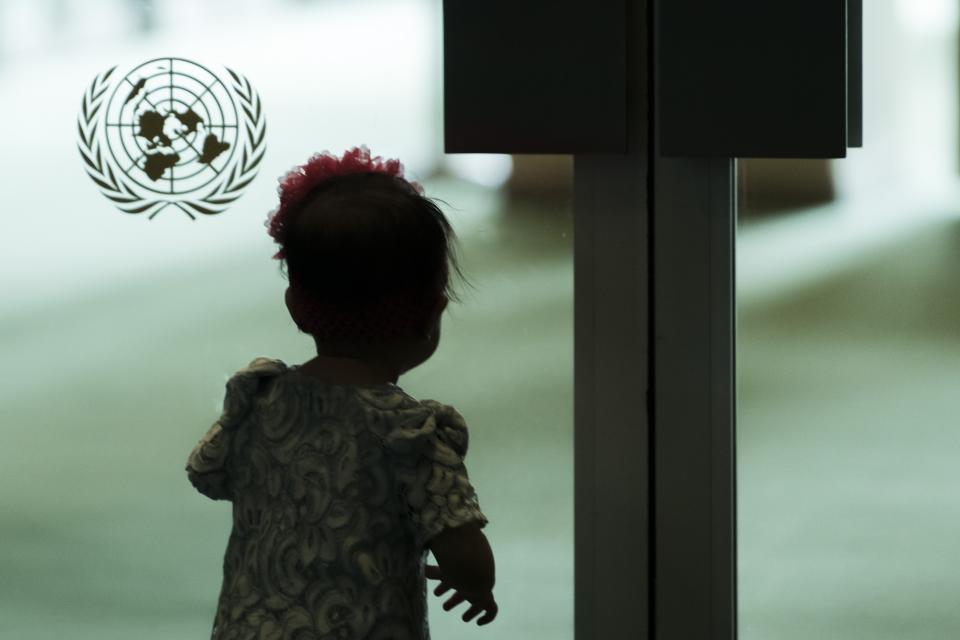 GENEVA/NEW YORK (25 May 2020) – Four UN experts* on children’s rights are urging States to protect all children from sale, sexual exploitation and recruitment and use in hostilities and calling for universal ratification of two international human rights instruments that protect children from these violations of their rights.

“Sale, sexual exploitation and recruitment and use in hostilities of children are crimes,” the UN experts said. “To prevent and to end these crimes and to keep our promise on ending violence against children by 2030, we need to do more and act together, better and faster now, not tomorrow. Solidarity and multi-stakeholder cooperation are needed now more than ever.”

States who are party to the Optional Protocol on the sale children, child prostitution and child pornography (OPSC) have the obligation to prohibit, criminalize, prevent, and ensure accountability for offences of sexual violence and exploitation.

The Optional Protocol on the involvement of children in armed conflict (OPAC) prohibits children from taking part in hostilities, urges all States to set their minimum age of conscription to 18 years, and prohibits the recruitment under the age of 18 by non-state armed groups.

Both legal instruments are Optional Protocols to the Convention on the Rights of the Child and were adopted 20 years ago. The OPSC is now in force in 176 countries, compared to 169 at the time of its 15th anniversary, while the number of States that have ratified the OPAC has increased from 159 in 2015 to 170 countries.

The UN experts noted that the OPSC has promoted public awareness of the sale and sexual exploitation and abuse of children. “We commend the children who, against all odds, stand up to speak and break the culture of silence nurtured by social intolerance, shame and stigma,” they said. “Thanks to their strength and courage, we have come a long way in raising awareness of this scourge that continues to taint our societies.”

“We are also grateful for the dedication of first-line child protection officers, service providers, border police, law enforcement and relevant non-governmental organisations, without whom these significant gains would not have been achieved.”

“We must ensure that the commitments made in the OPAC are translated into tangible actions,” the UN experts said. “As we enter the Decade of Action, it is important to remind that all children, including those trapped in armed conflict, should live free from threats and receive equal opportunities to grow.” They reminded all States of the importance to make the OPAC promise a reality.

While these legal instruments have led to greater protection of children from such crimes, they stressed that: “Millions of children are still in grave danger of being sold, sexually exploited and recruited for use in hostilities, and that the economic cost of COVID-19 poses a threat to achievements.”

“It is critical that States use this 20th anniversary to strengthen their commitment to protecting children from such violations of these rights,” they said.

“In this historic occasion, we call for strong mobilization of governments to achieve universal ratification,” they added, “ensuring that children are duly protected in all countries and have the possibility to thrive and reach their full potential.”

The UN experts also encouraged States that have ratified these Optional Protocols to fulfil their reporting requirements to the Committee on the Rights of the Child. Currently, 58 reports are overdue under OPSC and 48 under OPAC.

“We owe it to our children to do everything we can to make this world a safe place that is free from violence and sexual exploitation and abuse,” they said.

“Ensuring children’s safety from such offences should be a fundamental priority for all States.”

The UN experts: Luis Pedernera, Chair of the Committee on the Rights of the Child; Mama Fatima Singateh, the UN Special Rapporteur on sale and sexual exploitation of children; Najat Maalla M´jid, Special Representative of the UN Secretary-General on Violence against Children; Virginia Gamba, Special Representative of the UN Secretary-General for Children and Armed Conflict.

The Committee on the Rights of the Child monitors States parties' adherence to the Convention on the Rights of the Child and its Optional Protocols on involvement of children in armed conflict, on sale of children, child prostitution and child pornography, and on a communications procedure. The Convention to date has 196 States parties. The Committee is made up of 18 members who are independent human rights experts drawn from around the world, who serve in their personal capacity and not as representatives of States parties. The Committee's concluding observations are an independent assessment of States' compliance with their human rights obligations under the Treaty. Learn more with our video on the Treaty Body system and the Committee on the Rights of the Child. Follow the UN human rights office on social media! We are on Twitter @UNHumanRights, Facebook @unitednationshumanrights

Mama Fatima SINGATEH (Gambia) was appointed as the UN Special Rapporteur on sale and sexual exploitation of children by the UN Human Rights Council in May 2020. The Special Rapporteurs are part of what is known as the Special Procedures of the Human Rights Council. Special Procedures, the largest body of independent experts in the UN Human Rights system, is the general name of the Council’s independent fact-finding and monitoring mechanisms that address either specific country situations or thematic issues in all parts of the world. Special Procedures experts work on a voluntary basis; they are not UN staff and do not receive a salary for their work. They are independent from any government or organisation and serve in their individual capacity.

Najat MAALLA M´JID (Morocco) was appointed the Special Representative of the UN Secretary-General on Violence against Children in May 2019.  She acts as an independent global advocate for the prevention and elimination of all forms of violence against children. The mandate of the SRSG on Violence against Children is anchored in human rights standards, and promotes the universal ratification and effective implementation of core international human rights conventions.Follow the UN SRSG´s office on social media! We are on Twitter @SRSGVAC Facebook @UNviolenceagainstchildren and on Instagram @un_violenceagainstchildren