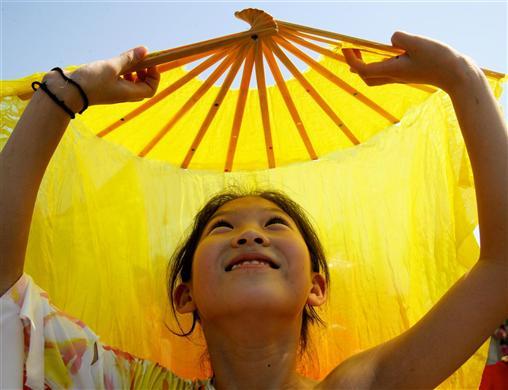 New York/Geneva, 20 November 2018: Today, as we celebrate Universal Children’s Day and the 29th anniversary of the UN Convention on the Rights of the Child, UN child rights experts* urge Governments around the world to be united in ensuringpriority attention to the realization of the rights of the child and to accelerating efforts for implementation of the Convention, the most widely ratified human rights treaty in history.

“While ratification of the Convention is nearly universal, commitments must be renewed and translated into concrete action to promote their effective enjoyment by every child. Every policy decision has an impact on children entitled to care, support and protection from neglect, abuse and exploitation, and to develop capacities and talents to reach their full potential. The best way to leave no child behind is to put children first to ensure that no childgrows up in a world of fear, violence and hopelessness,” said the experts.

The Convention was adopted on 20 November 1989 and much progress has been made in the protection of children’s rightsthrough investment in children, the enactment and enforcement of legislation and public policies, and the establishment of institutions to safeguard children’s rights. The Convention has been reinforced by three Optional Protocols: to prevent and address the involvement of children in armed conflict; to prevent and address the sale of children and their exploitation in prostitution and pornography; and, to enable children to challenge violations of their rights through a communications procedurebefore the Committee on the Rights of the Child.

“However, more and better work needs to be done in a changing world which presents major challenges compromising the universal realization of children’s rights,” said the experts. “Today, millions of vulnerable children continue to be left behind, including child victims of violence, conflict and sexual exploitation, migrant, refugee and asylum-seeking children, children living in poverty, children with disabilities, and children belonging to indigenous and minority groups.”

“Today, the principles and provisions of the Convention are as relevant as ever and they are a crucial reference for the effective implementation of the 2030 Sustainable Development Agenda and for the achievement of the Sustainable Development Goals,” said the experts. “For millions of children affected by discrimination, poverty, violence, conflict, sexual exploitation and abuse - for all children left behind - we must transform the continuum of violence, deprivation and discrimination that shapes their lives into a continuum of protection of their fundamental rights.”

“Children are key agents of change and their voices must be heard and their participation ensured to help address the pressing issues that they face,” said the experts. “Efforts by Governments, by non-state actors, by civil society organizations and by individuals must be urgently reinforced to always put children above politics, to safeguard their rights and to create a better world for all.”

“Today, as we head into 2019 and the 30th Anniversary of the Convention on the Rights of the Child, we remind all Governments of their obligations under the Convention,” said the experts. “Inaction or measures that do not respect the rights and best interests of the child have a negative, long-term impact - not only for the child’s development and well-being - but also onsociety as a whole.”

“We call upon all states which have not yet done so, to put children first and above politics, by ratifying and effectively implementing the Convention on the Rights of the Child and its three Optional Protocols,” the experts urged. “The world’s children deserve nothing less.”

Optional Protocols to the Convention on the Rights of the Child

• The Optional Protocol to the Convention on the Rights of the Child on the involvement of children in armed conflict is now in force in 168 countries. States parties have committed to ban the compulsory recruitment of children under 18 in armed forces and to ensure that those under the age of 18 do not take part in hostilities.

• The Optional Protocol on the sale children, child prostitution and child pornography provides detailed guidance to States for the prevention, prohibition and criminalization of the sale and all forms of sexual exploitation of children, as well as to fight impunity for those offences within and across borders, ensuring accountability of perpetrators and redress for child victims. The Protocol is in force in 175 States and nearing universal ratification.

• The Optional Protocol on a Communications Procedure foresees a system of individual and State’s complaints before the Committee on the Rights of the Child to address the violations of children’s rights, as well as a mechanism of inquiry that the Committee can initiate to investigate grave and systematic violations of the rights of child. This protocol has been ratified by 41 states and signed by 51.

• Renate Winter, Chair of the UN Committee on the Rights of the Child

• Marta Santos Pais, Special Representative of the UN Secretary-General on Violence against Children

• Virginia Gamba, Special Representative of the UN Secretary-General for Children and Armed Conflict

• Maud de Boer-Buquicchio, Special Rapporteur of the Human Rights Council on the sale and sexual exploitation of children, including child prostitution, child pornography and other child sexual abuse material